Everything about this year has been unexpected. As 2021 dawns, events that have altered everyday life and the ways people have learned to adapt are becoming long-term routines.

According to data from GlobalWebIndex (GWI), global perception of COVID-19’s duration has shifted amid uncertainty. As of July 2020, 72 percent of people globally say the outbreak will last for at least a year since the outbreak began, up from the 11 percent who said the same thing in March.

With the road to recovery anticipated to last well into next year, people are learning to balance benefits of reopening with digital habits formed over the last several months. This hybrid world incubated by extended life at home merges online and offline activity, with businesses across industries trying to navigate the socioeconomic effect these changes could bring.

A larger remote workforce has come with an array of implications for industries that rely on daily commuters, tourism and business travel. A case study can be found in a cup of coffee.

According to consumer location data from Publicis Sapient AI Labs, U.S. traffic to coffee shops and bakeries –a staple of a typical morning commute –plunged at the height of lockdowns in April 2020, with some uptick as physical locations began to reopen. Convenience stores and service stations, frequented by those who may drive to work, see a similar trajectory. Neither have achieved pre-pandemic levels of traffic thus far.

Changing shopper behavior brought on by more time spent at home may also play a role. All of a sudden, that coffee run becomes a quick trip to the kitchen – and a more cost-effective one, too.

The effect on brands is inherent. In July 2020, Starbucks announced a 40 percent reduction in same-store revenues, pivoting its business to enable curbside options for shoppers and travelers who still want a cup on-the-go. On the other hand, Keurig saw a 9.5 percent growth in volume for their at-home coffee pods and an 11.6 percent growth in volume for brewing machines, with declines in office demand –reflecting remote work trends. 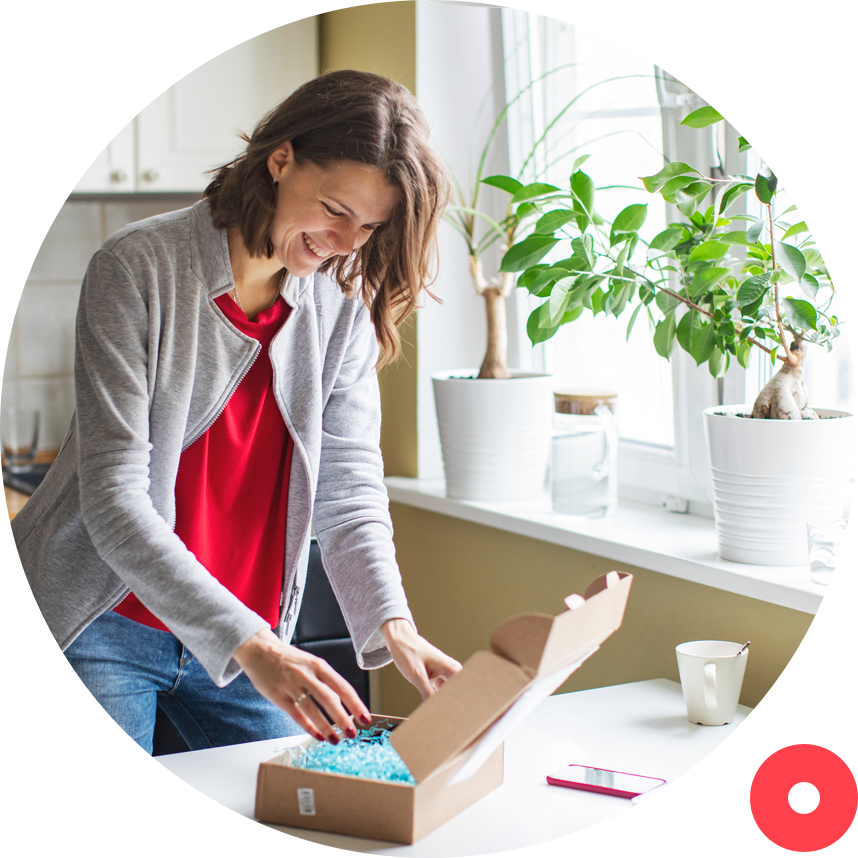 See how a top real estate trust re-envisioned the mall shopping experience by creating a dedicated marketplace that keeps shoppers connected to the brands they love.

The absence of commuters is prompting cities to reimagine the business district, with additions like outdoor dining, increased shared space and areas for alternative transport, like e-bikes and bicycles. For some, the very notion of whether to spend money on dedicated office space comes into question. For example, companies like outdoor retailer REI and Pinterest moved away from traditional office space, investing instead in full-remote work capabilities. Retailers and restaurants must consider how to adapt alongside these future landscapes and innovate storefront experiences in a way that’s more digital or experience-oriented moving forward.

In the United States, Pew Research finds that nearly one-fifth of Americans relocated or know someone who has relocated during the pandemic. Among U.S. adults, reasons to move include fear of contracting COVID-19, wanting to quarantine with friends or family and economic insecurity or job loss. The closure of college campuses also prompted mandatory relocation for those who live away from home during the school year. In New York City, for example, the number of properties sold dropped nearly 56 percent, as real estate interests shifted to area suburbs.

Other regions also feel the suburban push. French telecommunications company Orange S.A. reports that up to one million Parisians fled the city for the countryside at the start of the pandemic. In Australia, regional searches for property in Western Australia more than doubled between March and early May.

Ongoing remote work and learning has allowed people to relocate for the time being. However, our research finds that 77 percent of people globally say they have not purchased a home in the last six months, and do not plan to purchase a home or vacation home in the near future, signaling that relocation may only be a temporary measure for many. For companies, long-term or permanent residence changes could lead to compliance and tax regulatory burdens which demand proper internal policy to handle appropriately.

According to Bloomberg, business travel accounted for an estimated 60-70 percent of all airline revenues before the pandemic. With remote work enabling connectivity without in-person interactions, a return to regular business travel may not regain the same volume as quickly, prompting airlines to reimagine experiences. 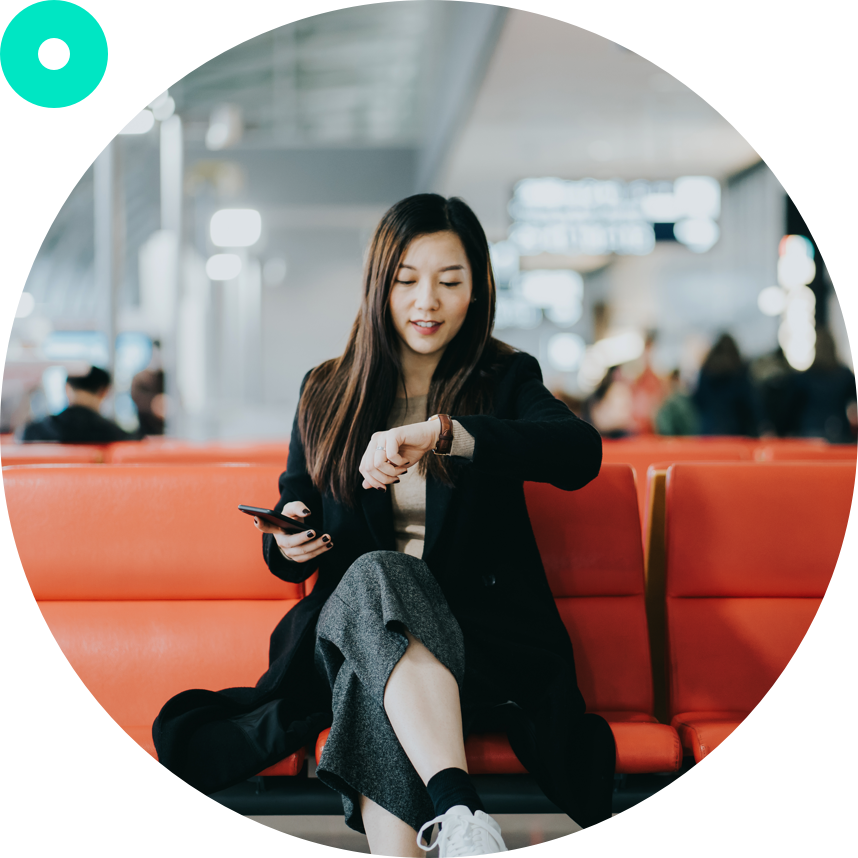 See how Finnair developed a new value proposition and revenue streams that extend beyond the sale of airline seats to create an end-to-end travel experience.

A desire to learn goes beyond the classroom

At the onset of the pandemic, people began to express a desire to try new things and turned to digital channels to pursue new hobbies, projects and activities to fill free time spent at home.

This pursuit of knowledge isn’t limited to just hobbies. According to our research, one-fifth of global workers say they’re considering going back to school to acquire new skills. While career growth and better pay are top motivators for returning to the classroom, 86 percent also want to grow into roles that better accommodate their lifestyle – whether it’s remote work options, flexible schedules, ability to balance work with other responsibilities, like childcare, or a complete career shift to work in a field they’re passionate about. Digital learning options are preferred across generations.

As companies continue to plan for a digital future, workers are turning to employers to help provide the tools and training they need to grow. Forty-seven percent of workers want their employer to provide opportunities for career growth and development or the ability to upskill through in-person or online learning. Younger employees (ages 18-34) are more likely to look for these benefits when searching for a new employer.

The Digital Life of Consumers

Extended periods at home have continued to disrupt everyday life. But as digital continues to play a critical role in how people navigate day-to-day activity, new habits are starting to become more than just a way to acclimate – leaving room for change in the months ahead.

With perception of full recovery lasting well into next year, businesses need to evaluate capabilities and plan for the long term, prioritizing projects and initiatives that will meet immediate needs, but also anticipate fundamental shifts to achieve profitability.

Reimagine the future of the physical store

Increased reliance on e-commerce and diminished foot traffic due to extended periods at home could have longstanding impact on physical retail and restaurants – especially those that rely on tourism or day-to-day commuters. Organizations must rethink their store strategy and how e-commerce integrates into these experiences.

Find ways to court a new brand of traveler

With business travel slow to return, travel and hospitality companies must focus on building deeper relationships with customers, using data-driven strategies to identify and interact with those looking to travel and providing experiences that meet their needs.

Enable employees to learn and grow

As businesses transform, employees are looking to grow too, leveraging digital tools to gain critical skills needed to excel in a more digital world. Employers should work to connect employees to resources that can help them develop their careers and align skillsets with the changing needs of the organization. 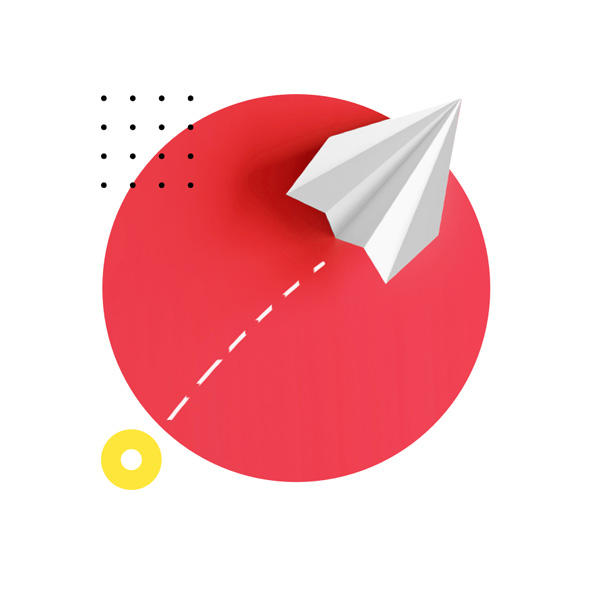